It seems like every place in the world has locals that love saying “If you don’t like the weather just wait five minutes.”  I cannot say why they do it because in most cases and places its not even close to the truth.  Is it some misguided meteorological pride?  Maybe it’s just really easy to make that comment when it does seem like the weather is wildly variable, when for the most part stable weather makes up the vast majority of the year.  In my experience there is one exception that should be noted.  Obviously I have not been to everyplace on earth but if there is any place that can have its inhabitants make that claim genuinely it’s Ireland.  I bring all this up because I recently wrote about the expectations of fall travel into the BWCA and how it can be easy to assume its always peak color on mirror calm lakes.  You never hear anybody say “If you like the weather just wait a day” which would be much more accurate, though I understand accurate is not always fun.  If there was ever a time and place when this statement rang the truest it would be in the fall on the water and in the woods of the Quetico-Superior region.  I think it is because of these rapid weather changes that fall is widely heralded as the best season.

It can be easy to twist Earth’s seasons and weather associated with it from something seemingly benign into something allegorically profound.  This is especially the case for fall in the northern hemisphere in places where the signs of change from summer to winter are the most distinct.  I doubt Costa Ricans are annually exalting the wonders of autumn and all of the aspects of it that excite people.  I’ve been continually trying to understand why this season is regularly the response from folks when asked what their favorite time of year is and why the memories associated with it seem to be the most acute.  One of my assumptions is that fall affects your senses more than any other.  The sense that is most supremely affected is by far smell; no other season has a distinct smell, and good luck trying to describe it even though you can smell it right now as you read this sentence.  It’s a combination of smells that typically occur independently but you remember them as one that is all encompassing.  The color of light in autumn that sparkles on fleeting rustic and golden foliage is that of memories; rich, warm and edgeless.  The feeling of the first cold morning and the weight that multiple layers of clothing bring on flashes of winter.  With the cacophony of spring song birds a distant memory and the local loon community making their departure to the gulf coast there isn’t much out there that makes noise.  The absence of sound in autumn is what leaves its impression.  Does fall have a taste?  On first thought nothing jumps to mind, though of course the onslaught of the prevalence of pumpkin spice in everything from coffee to pizza is hard to miss.  Though this is clearly a fabrication of what you’re suppose to think fall tastes like purported by Starbucks and perpetuated by gas stations and anybody else who has glommed onto the runaway marketing snowball that shows no signs of stopping.  Can’t we all just be happy with a pumpkin pie on Thanksgiving?  On second thought fall tastes like a hearty beef roast that has spent the entire day slowly breaking down in the oven alongside onions and carrots with the end result again being that of memories; rich, warm and edgeless.  It’s clearly not that fall literally tastes like slow roasted beef but the memories associated with eating it after coming in from the frustratingly ephemeral world that exists between school and darkness as a child happened to occur regularly in the fall of the year.

Though for me what I think makes fall the most memorable season is its transitional nature.  Abrupt changes in your life whether good or bad make for the most distinct memories and the same can be said to the apparent suddenness of the transition from summer to winter.  These memories of seasonal transition get developed into ones of deep nostalgia because of their juxtaposition with 12-16 years of returning to school during your formative years.  Sudden change is memorable, and there are more sudden changes to the weather in the fall than any other season, and typically the change in conditions are from amiable and warm to trying and cold.  The once seemingly endless and formidable stretch of summer weather starts to show cracks in its tenure as winds from the north scream in from Canada.  These first trickles of fall are easily defended against with temperature dips rarely lasting more than a day or two and sure enough summer returns with heat and stability.  As October moves along the good days become cherished as their existence grows in scarcity.  This perennial bout of the seasons may look slightly different from year to year but the end result is always the same.  Summer slowly gets worn down by the relentless blows of cold from north and the waning angle of the sun and eventually takes a knee and throws in the towel.  The memories made while out in the woods of Quetico and the BWCA during the dramatic swings from good to bad are amplified as their effects are felt directly through the physical pain of cold hands and sore shoulders.  Though the moments of joy that come from warmth whether in the form of food, fire, friends or sleeping bags softens these cold, demanding conditions into some of my finest memories.  Whether you think fall tastes like beef or sounds like nothing the one thing you can’t deny is that it is the best season for making memories. 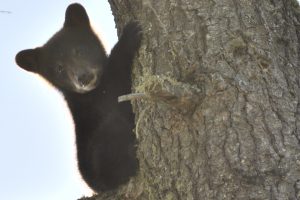 Throughout the year the most common question I get about[...] 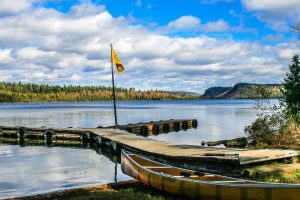 There are a lot of questions and confusion out there[...]