Charlie and a baby moose

Charlie and a baby moose In 1915, Charlie & Petra Boostrom founded Clearwater Historic Lodge & Canoe Outfitters. This year we celebrate our centennial — 100 years of helping guests explore the beauty and tranquility of the Boundary Waters Canoe Area.  In honor of our founders and their legacy, we’ve been sharing stories about the Boostrom’s and the early days of Clearwater Historic Lodge and the Gunflint Trail.  Many of the stories — including the passage below — come from the delightful book, Gunflint Trailblazers – The Story of Charlie & Petra Boostrom by Beatrice Flaaten Ogren published in 1977.

“Once on the trail he met a moose that wheeled and faced him ‘with his bristles up.’ Charlie yelled at him; but the moose came closer. He raised his gun, but the huge animal still kept coming. Charlie stood his ground and this evidently so confused the animal that he turned and sauntered away. Charlie has a theory that animals love a chase and will run after you if you start running; but it’s only the chase that interests them. His dog, for instance, would lie and watch deer feed a short distance away, but let one of them start running and he was off like a flash in hot pursuit. It’s foolish to think  you can outrun an animal anyway; for a bear has been clocked running ahead of a a car at 50 miles an hour, with only the bottom of his feet showing. Animals will appear menacing when protecting their young, but to deliberately go after a human – ‘never,’ says Charlie.

“He has all the respect in the world for a mother with young that she is protecting. A fawn has no odor and if danger is present, or if the mother is foraging for food, she will leave the animal protected by a thicket with evidently strict instructions to remain perfectly still. Another animal can pass close by and not detect them. Once Charlie came across a moose calf about one day old on an island; the calf apparently thought Charlie was its mother, for it started following him and when he got in the canoe to leave, the calf followed him out in the water. He pulled back to shore, leading the calf back to the other side of the island and went back to the canoe and shoved off. In just a minute there was the calf out in the water following him, again. About this time he saw the mother starting to swim from the mainland to the island. Not caring to tangle with an angry mother, this time he led the calf back and then ran as fast as he could back to the canoe and swiftly paddled off.” 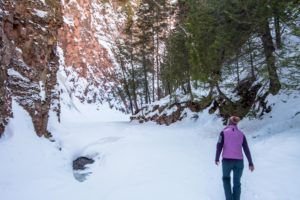 I have lived in the north woods of Minnesota for[...]

Clearwater Historic Lodge and Canoe Outfitters is a seasonal resort.[...]

It rained all day today which has the lake looking[...]